What do conference interpreters’ booth notes tell us about their information management?

First of all, a big thank you to all of you who followed my call and provided copies of their booth notes for my little study – I finally managed to collect booth notes from 25 colleagues! Now, what was this study all about? The purpose was to see what interpreters write down intuitively on a blank sheet of paper, i.e. with no given structure like a terminology database, supposing that what you find on these notes is what is really relevant in the booth. What I was interested in was

1. to see if these notes possibly confirmed what research says about knowledge management, or terminology management more in particular,

2. to check if this information can be mapped to the structures of booth-friendly terminology managmenent systems.

I was also hoping to get some inspiration about the more general question of how (or if) computers could best support conference interpreters in their work.

As the information on the notes might be confidential, the first thing I decided to do was create a mock set of notes reflecting the statistics of my sample notes: 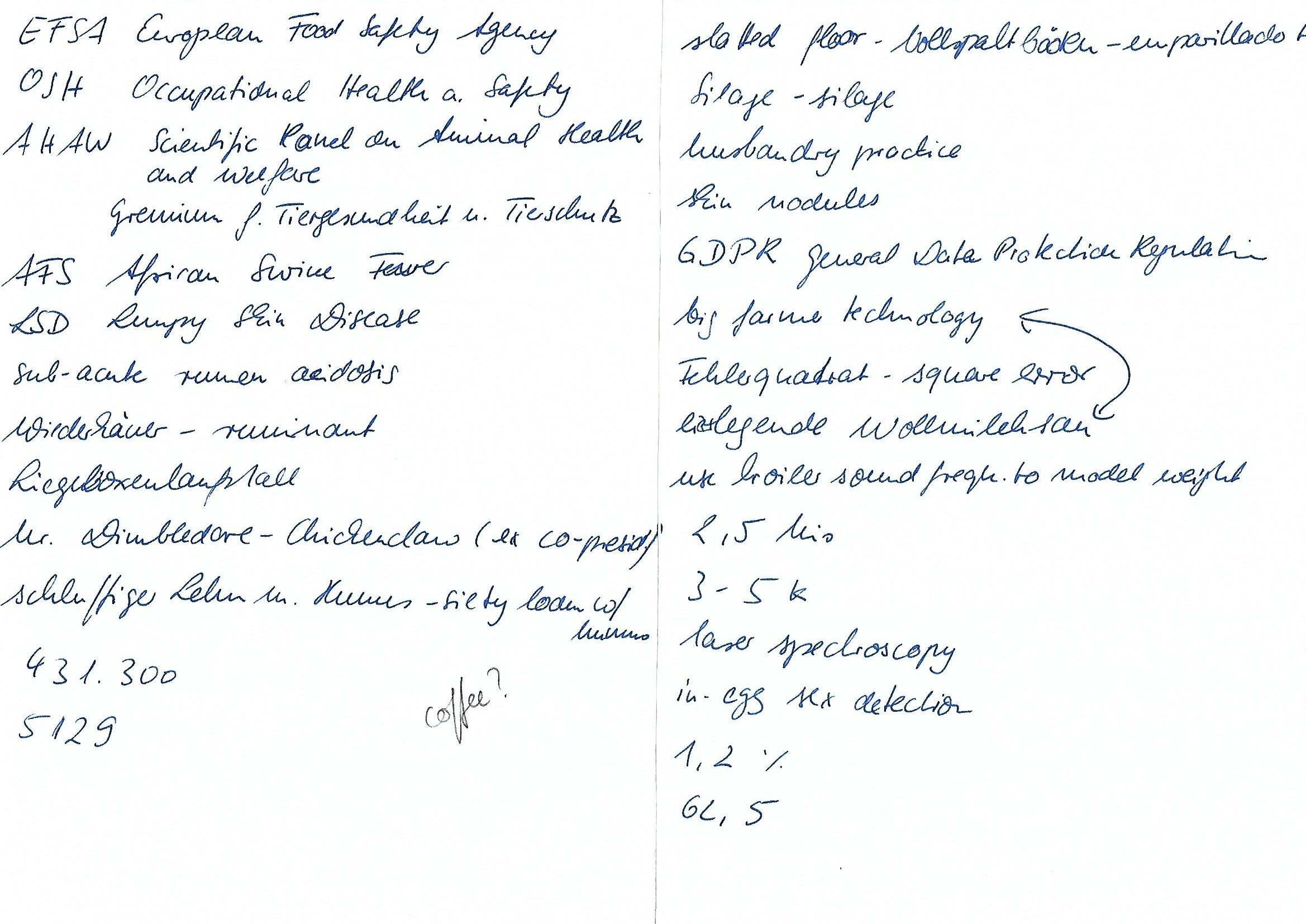 Of all the things I observed in the notes, I was more surprised by what I did not see than by what I saw: 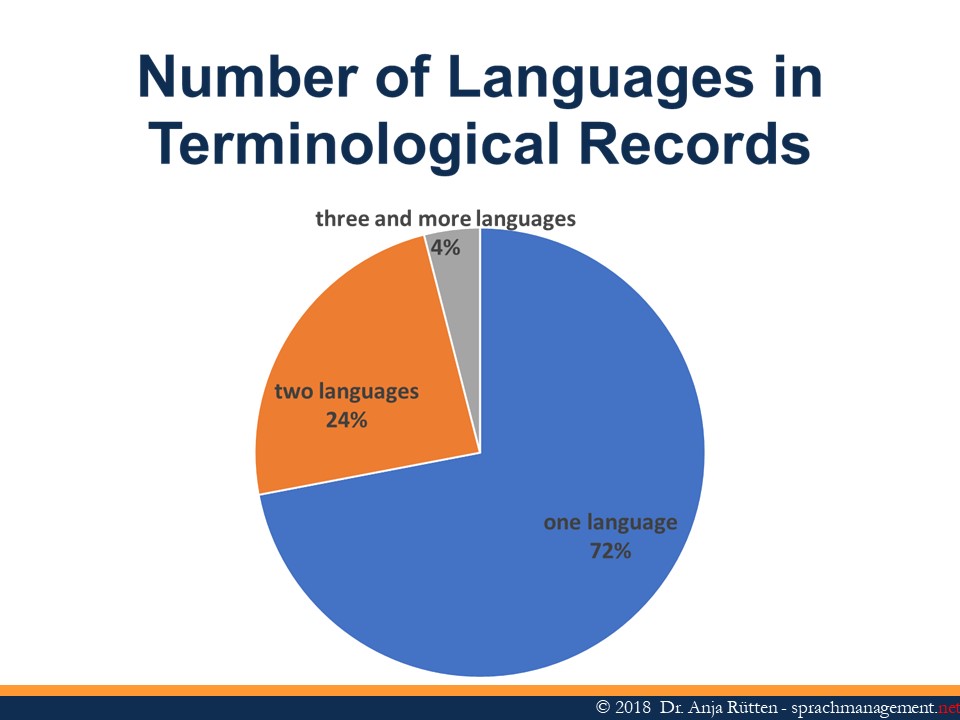 Overall, it looks like the “deeper” information about content and semantic relations is rather dealt with during preparation while information work in the booth is more about having crucial context information and the right technical term in the target language (almost all terminological records were of technical nature). In short, this filling of personal knowledge gaps in the booth is the tip of the iceberg of a conference interpreter’s information and knowledge work. This confirms what research says, but makes me wonder whether a terminology tool that – in booth mode – displays key terms in the current target language only (possibly in word clouds) might be more efficient as a word-finding trigger than bilingual, glossary-style lists. Or is cognitive overload the only reason why simultaneous interpreters would note down their terms in one language only in the booth?

Luckily I was even able to collect one team sample, i.e. the notes of 5 interpreters working at the same conference. It was interesting to see that there was indeed some overlapping in the terms noted down and that these “shared” terms were mainly written at the top of the respective sheets. In particular, 2 acronyms were written down by all 5 interpreters, another 2 acronyms by 4 of the 5 interpreters, and one technical term by 3 of them. Just like the complete study, this is by no means representative, but at least it indicates that it might be possible to provide key terms for certain meetings which are useful to all interpreters.

Beyond statistics and hard data, this study made me think a lot about the possible reasons that put interpreters off going paperless in the booth. It also inspired me to discuss this question with colleagues. It appears that there are several factors that tend to work better on paper than on a computer:

– Screen space: There is only so much information you can display on a computer screen. With agenda, meeting documents, glossaries and online resources, it is hard to squeeze everything onto a display not much bigger than a regular sheet of paper.

– Exchange platform: Simultaneous interpreters in the booth like to use a sheet of paper as a kind of exchange platform to ask for coffee, write down when to change turns and note down difficult terms, numbers etc. to support each other.

– Permanent visibility: Once written down on paper, information doesn’t usually disappear from our view easily, something that may well happen on a computer.

– Document handling: When working with different documents (original and translation of speeches, draft agreements, legislative texts), they can be arranged on a desk (if not too small) in a way to find one’s way through them and/or share them with the colleague who is busy interpreting in order to find the right page or line for her o him.

– Input: The input function of pen and paper is just very intuitive.

These were my main conclusions from this lovely little study. If you want to know all the details, I encourage you to read the full article, which was published in the Proceedings of the 40th Conference Translating and the Computer, London, UK, November 15-16, 2018, p 132-144. All the slides are also available for download.