Microsoft Office Translator – Can it be of any help in the booth?

When it comes to Computer-Aided Interpreting (CAI), a question widely discussed in the interpreting community is whether information being provided automatically by a computer in the booth could be helpful for simultaneous interpreters or if would rather be a distraction. Or to put it differently: Would the cognitive load of simultaneous interpreting be increased by the additional input, or would it be decreased by providing helpful information that the interpreters would otherwise have to retrieve from their longterm memory.

One scenario of CAI often discussed is that the source speech is analysed by a speech recognition software, critical terminology is extracted and, based on the interpreter’s glossary, a dictionary or other sources, the equivalent in the target language is displayed on the screen. This technology still has many limitations, especially the speed and quality/reliability of the speech recognition function. But while we are waiting for this solution to become market-ready, I have recently come to like a tool which is altogether quite different in its original aim but can be used for a similar purpose: The Microsoft Translator. 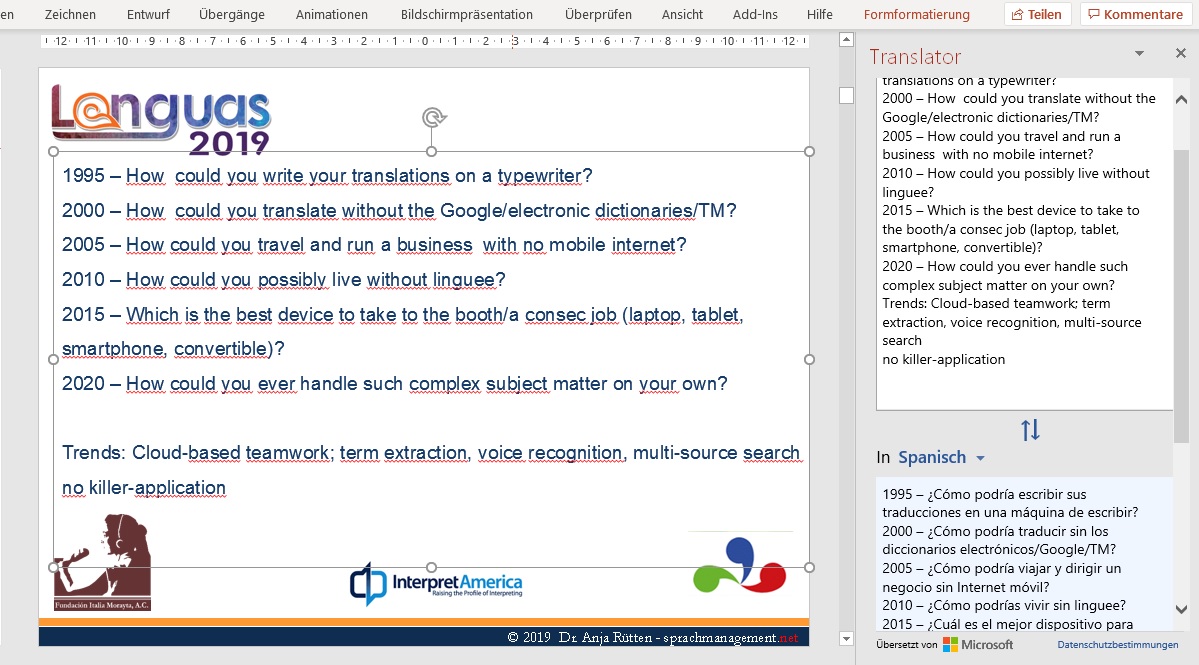 Quality varies considerably between language pairs. While English-Spanish seems to be one of the well-developed “premium” combinations with sometimes impressive results, French-German did not really convince me.