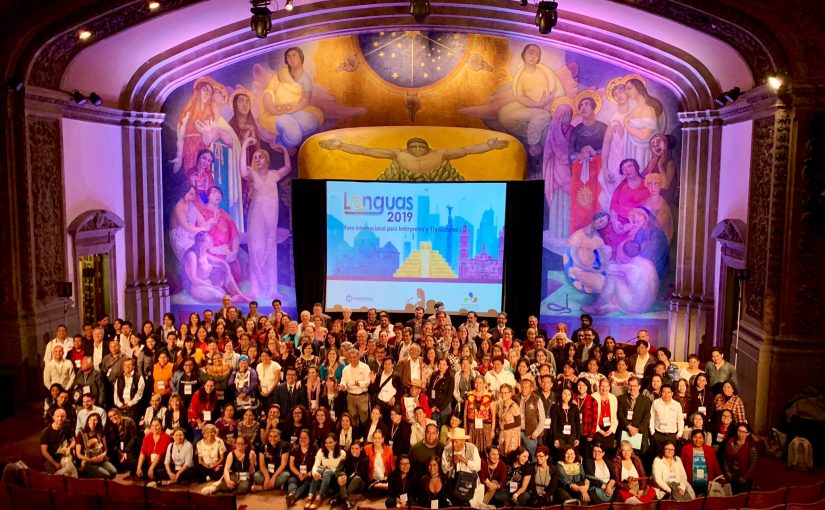 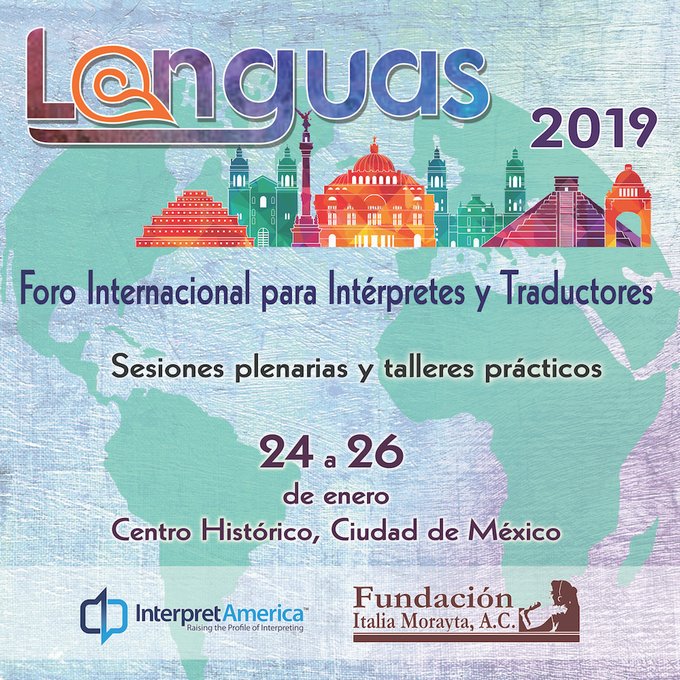 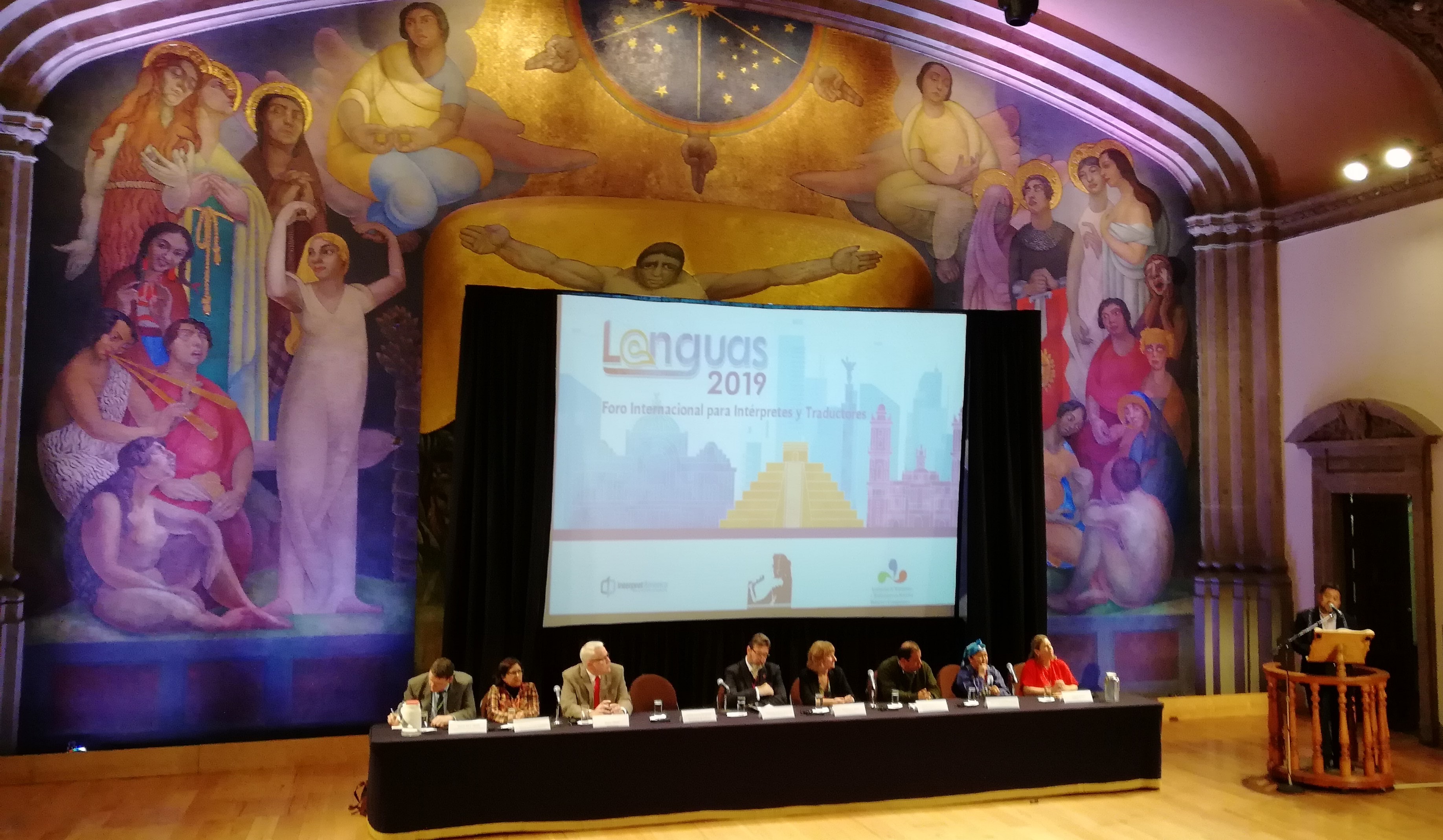 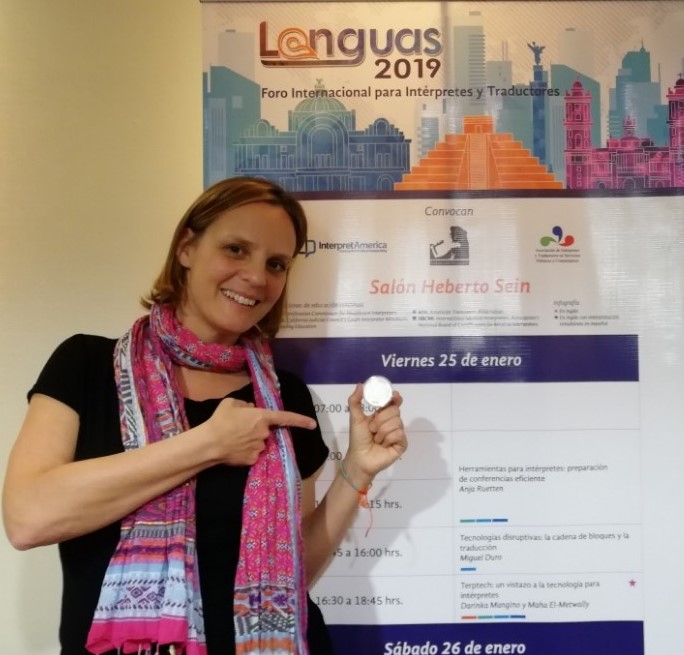 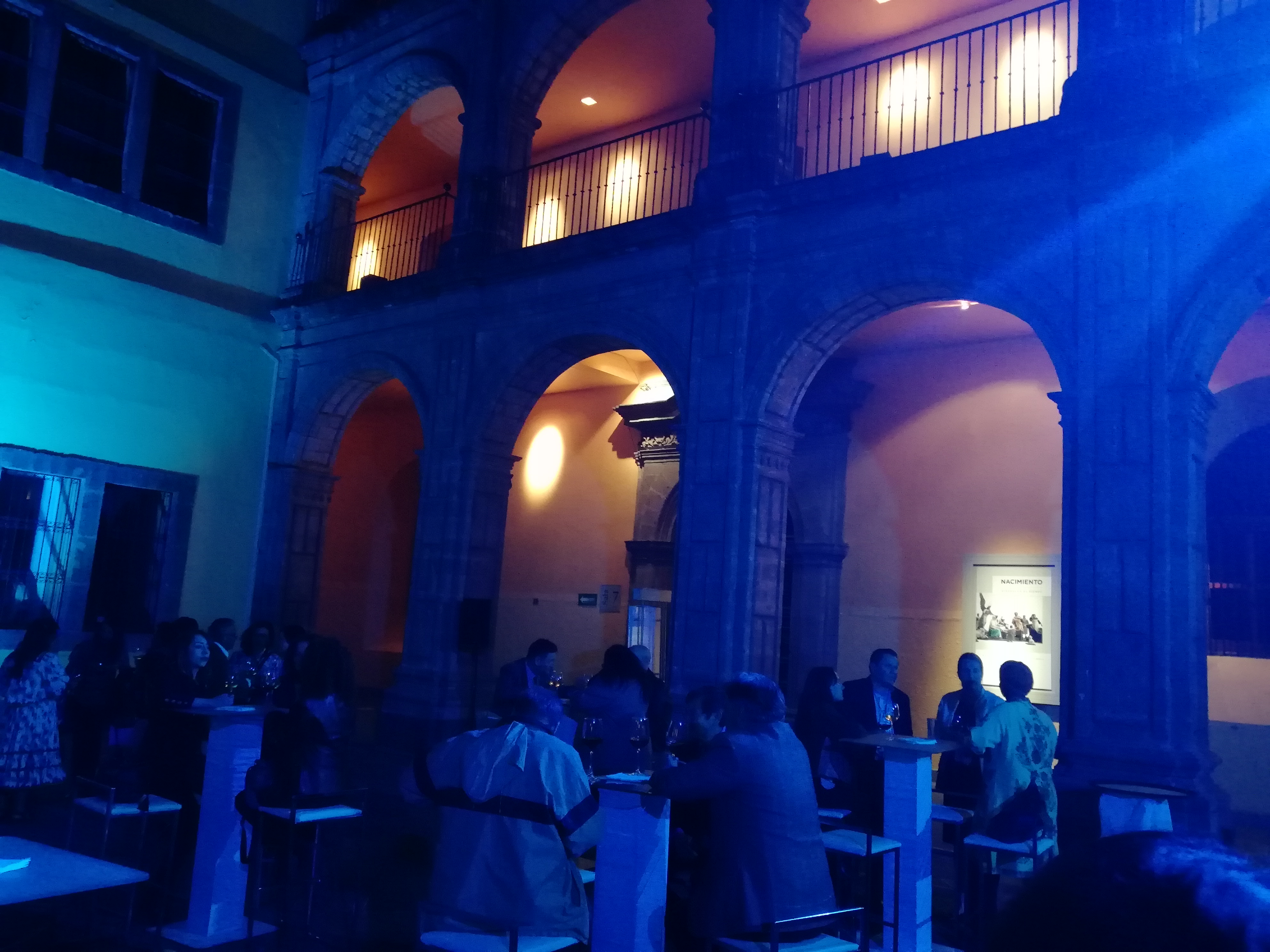 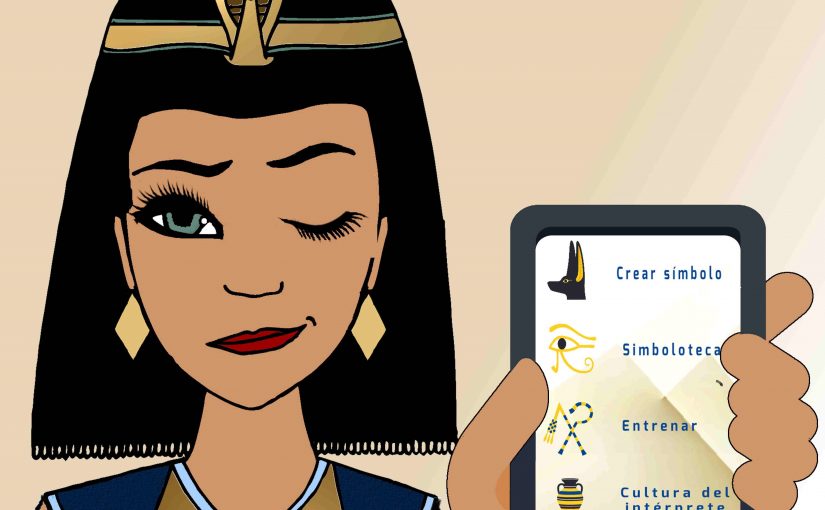 The perfect symbol has just come to mind! I’ve been racking my brain for ages and I got it, finally! I’ve been inspired! But where should I write it down, now that I’m sunbathing on the beach!

Has something similar ever occurred to you? As a millennial the first thing I did was to look for an app that could help me in that situation. I opened Google Play and… Surprise! Nobody had created it yet! That’s how Cleopatra was born. Born from the daily needs of a future master student in conference interpreting. Though my journey at Pontifical University Comillas hadn’t as yet started, I had already chosen a subject for my MA Thesis. I fondly recall the moment I explained the idea to my MA thesis director, Lola Rodríguez Melchor. With something between curiosity and scepticism, she asked cautiously: “Do you know anything about how to develop smartphone apps?” I answered: “Well, not yet. But if I take into account the huge amount of apps on the market, I don’t see why I couldn’t create one. I don’t think that every creator of an app must be a genius.” Lola helped me a lot to outline my idea for Cleopatra and I’m deeply thankful to her.

However, even before the app idea came to mind, I already had chosen its name. Perhaps you are wondering: but how could you choose a name before you even invented it? Let me explain: Like many others, I sometimes struggle to fall asleep at night; this meme neatly summarizes the problem:

Whenever I cannot sleep, I usually listen to a SER Historia podcasts. On one of those sleepless nights, somebody was talking about Cleopatra and I thought to myself: Cle-o-pa-tra… what a wonderful sonority and what an elegant woman! I should take advantage of her name somehow in the future. Her name is well-known universally and any variation of it in other languages is minimal. While developing the idea for the app, I quickly connected the dots. Cleopatra was polyglot, as are many interpreters, and historically she is linked to hieroglyphs, stylized pictures containing information that is not readable by everybody, just like interpreters’ symbols!

The user can store his or her triads here. A triad comprises a concept, a symbol, and an explanation for the symbol. You can define the concept and explain it in the dedicated space via the virtual keyboard, and you can draw the symbols with your finger on the virtual notepad. Easy, right?

In order to look up a triad, users should tap on Selecciona un concepto. A list including all their saved concepts will appear. When selecting a concept, users will view what we see in this picture: in the upper-central part you can find the explanation of the symbol, and in the centre the symbols drawn by the interpreter for the chosen concept. At the bottom of the screen, you see three icons: the first –– the back-to-menu button; the second–– a quick-access button to Crear Símbolo; and the third, with which users can delete either one triad or the whole library of symbols.

This is the key feature of Cleopatra. Thanks to this feature, interpreters will be able to automate symbols and so, when needed, write or read them swiftly. Cleopatra has a stable academic basis and targets performance improvement during note-taking thanks to task decomposition and deliberate practice in symbol automation.

According to Gile (1995, 159-195) mental energy is paramount for consecutive interpreters. It is only available in limited supply and where processing capacity is lower than required, saturation can trigger quality deterioration. Furthermore, in his Tightrope Hypothesis, Gile warns that interpreters often work too close to saturation point. In order to protect an interpreter’s mental energy flow, some tasks should be automated.

Ericsson (2000-2001, 195-196) reveals that the secret to reaching expertise level in our field is practice, but it must be deliberate. It should be organised to improve specific aspects that guarantee the durability of the changes required.

Cleopatra is also based on deliberate practice for automating one of the elements that shapes consecutive note-taking (symbols). Regarding task decomposition, Gillies (2013) published a book in which he provided isolated training exercises for the component elements constituting conference interpreting in order to attain a comprehensive improvement in all interpreting skills. Likewise, Gillies (2005, 6-8) adduces that the complexity in the first phase of consecutive interpreting requires a high demand of mental energy, for all mental operations are operating simultaneously. During the second phase, clarity in our notes is crucial because our processing capacity dedicated at decoding them depends on the notes. In order to protect our limited mental energy, we should learn how to perform the same tasks but consume less mental energy; we can attain this goal by automation. Gillies maintains that if we succeed in reducing the mental energy required for those tasks, by automating them, the time and energy spared could be invested in other tasks. He affirms that any attempt to reduce the efforts required in taking good notes will positively impact both phases of consecutive interpreting.

To summarize: thanks to this easy and habit-forming game, interpreters will be able to train themselves to automate symbol with the aim of reducing their efforts during note-taking and note-reading. Consequently, they will be able to spare themselves, for they won’t have to think much about how to write what, and the energy they save can be invested in other tasks and/or of steering away from saturation point.

Can you imagine a Trivial Pursuit specifically for interpreters? Cultura del intérprete is designed with this in mind. It is a quiz with three possible answers, only one of which is correct, about many important issues for interpreters. The questions relate to geopolitics, institutions, political personalities, economy, sports and so forth. Most of the questions are atemporal (where is the Gaza Strip located?), but there are also questions about current circumstances (which country is currently holding the rotating Presidency at the Council of the EU?).

With Cleopatra, interpreters can store their symbols in an organized way, whenever and wherever they want. Of course, jotting down symbols on a piece of paper is also useful, but I think it is now time to draw symbols on our smartphones for storage purposes. For those who like to play games in their spare time, what better way of enjoying it than by revising your out-dated symbols. Cultura del intérprete quiz can be useful for users to learn or consolidate concepts and perhaps even to delve into the questions proposed autonomously. To date, the app has had a huge success, with already more than 200 Cleopatra sets in use around the globe.

Stop noting your symbols on paper-napkins and download Cleopatra now!

Currently, the app is just available for Android and costs only 0,99 €. In September 2017, I became an associate of Interpreters’ Help, and Cleopatra became part of IH. Soon Yann and Benoît (IH co-founders) will develop a version of Cleopatra for iOS. I’d like to take this opportunity given by Anja Rütten to introduce for the first time one of the next Interpreters’ Help features: The Symblary of Alexandria. On this platform, Cleopatra and/or Interpreters’ Help users will be able to contribute to the community through their symbols. With this collaborative space, every time interpreters need inspiration, we will be able to access to the Symblary of Alexandria in order to consult what symbols other community members are using for a given concept. Great feature, isn’t it? For those who may not know, at IH we already have a similar concept with the Glossary Farm. It is a space where interpreters publish and share their glossaries. 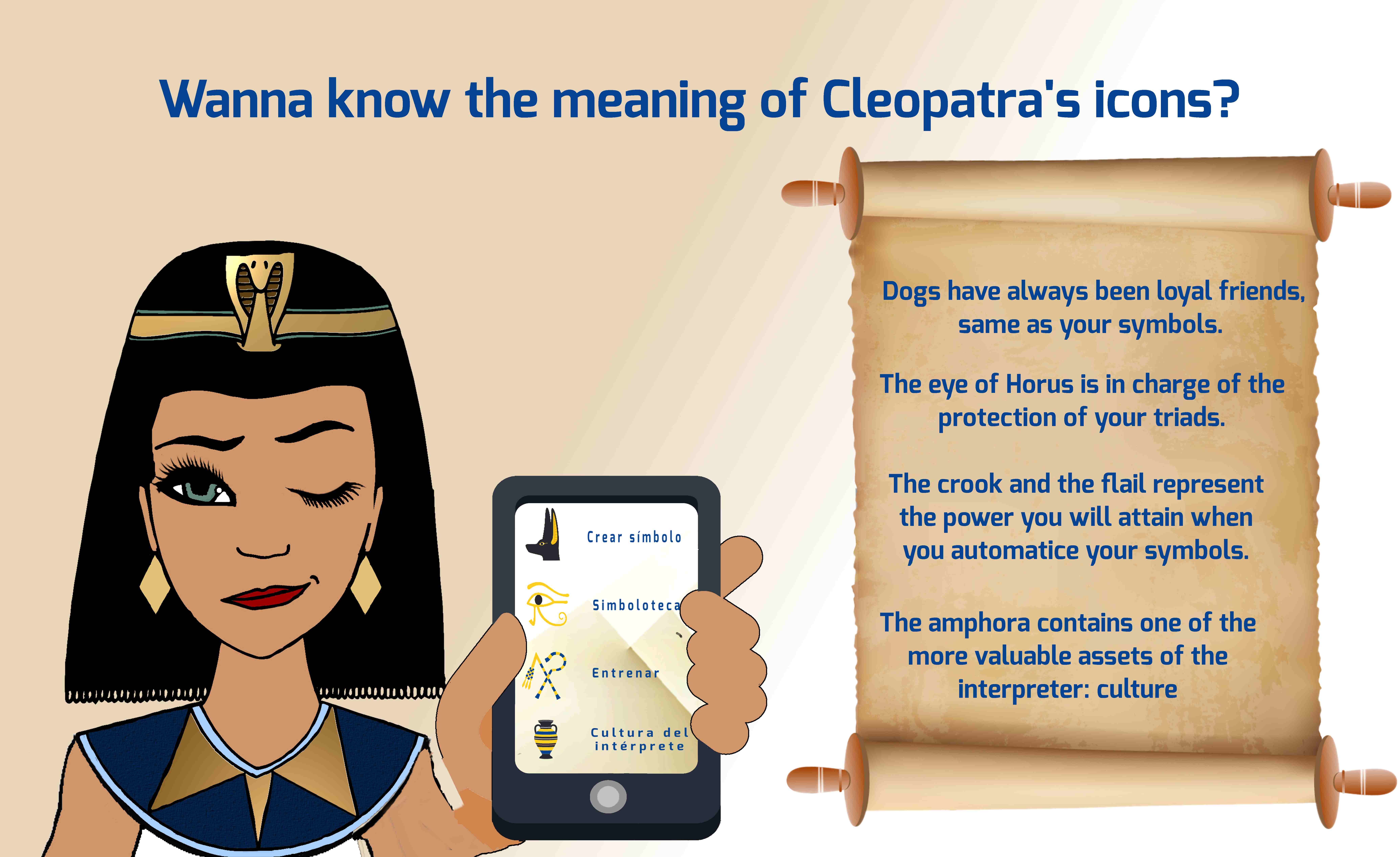 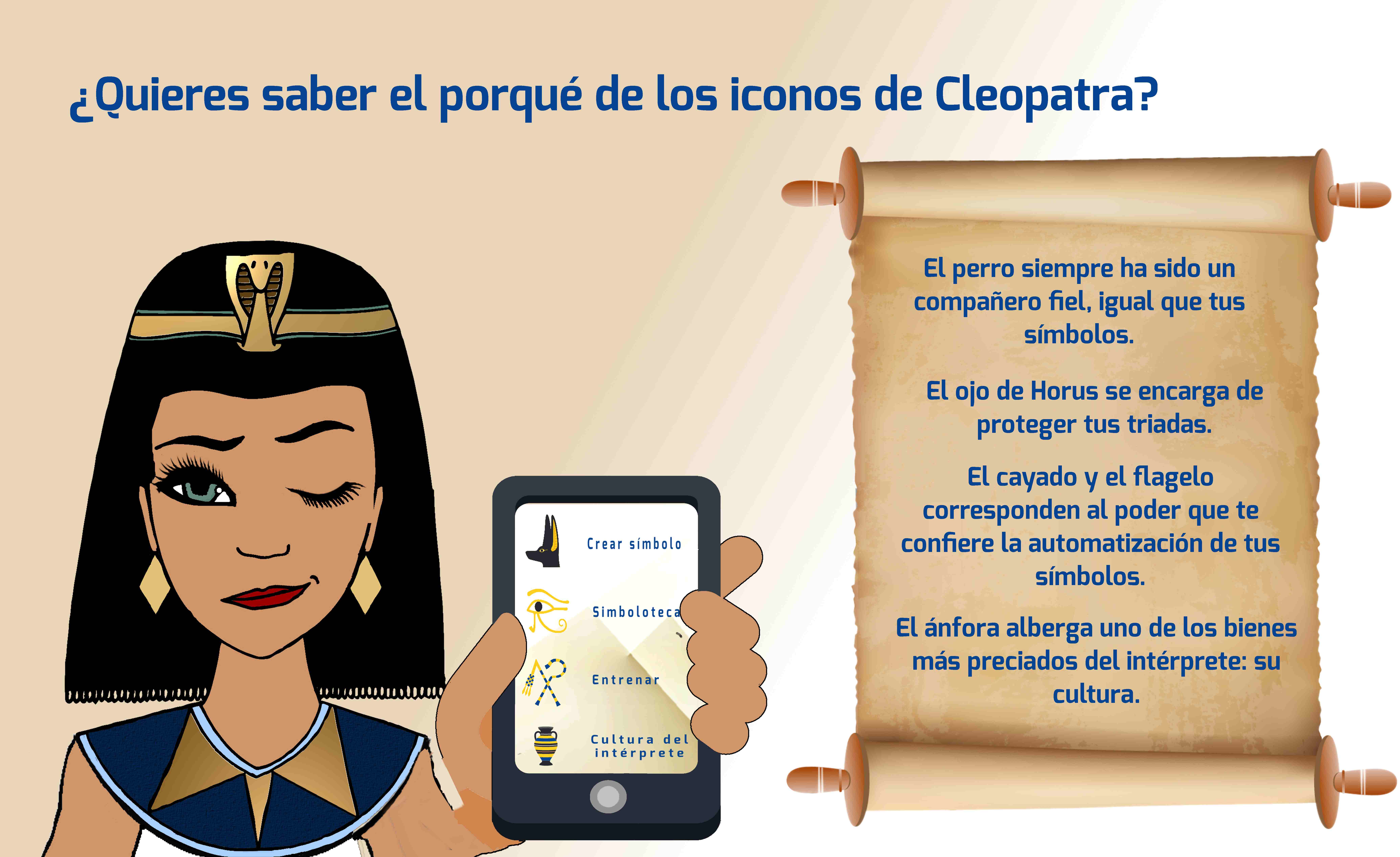